Why is it urgent for businesses to innovate now?

Innovation is like teenage sex: everyone talks about it, nobody really knows how to do it, everyone thinks everyone else is doing it, so everyone claims they are doing it.

Originally about “Big Data”, this quote nevertheless adapts admirably to innovation as well. As a proof, innovation has become the most popular enterprise value since 2013, after having long remained behind “Quality”. This shows at least one thing: established businesses realize that innovation is an indispensable part of their success.

It’s easy to understand why, you will tell me, especially in times of Uberisation and disruption. And you are right.

Yet innovation is not a new phenomenon! So why this sudden urgency to innovate? What has changed in 50 years?

Let’s start by answering this simple question: why should companies innovate?

#1 Businesses are dying. Innovation saves them

Innovation is not a new phenomenon. It would be absurd to consider that the 21st century, with the rise of digital technology, has a monopoly on innovation. Mankind has always innovated, and initially, mainly in order to ensure his survival. The control of fire from -400 000 years, the birth of agriculture around -10 000 years and the invention of the wheel around -4000 years have greatly contributed to the survival of the species.

And for businesses, then, innovate, what is it for? It’s simple. The challenge remains the same: survival. Or at least, maintaining a leadership position.

And the stakes are high because business mortality is very high, regardless of the sector of activity! None are spared. In an analysis of Fortune 500 companies, the American Enterprise Institute (AEI) reveals that 88% of companies in this ranking in 1955 are no longer part of it in 2014! Some have gone bankrupt, others have been bought back but the result is the same. They have disappeared from the landscape of the most influential American companies. Yet most of them were the flagship of American industry with several decades of existence.

But what happened to them?

Joseph Schumpeter, a famous economist and theorist of innovation, gives us his answer:

Like human beings, firms are constantly being born that cannot live. Others may meet death from accident or illness. Still, others die a “natural” death, as men die of old age. And the “natural” cause, in the case of firms, is precisely their inability to keep up the pace in innovating which they themselves had been instrumental in setting in the time of their vigour.

Innovation, or rather the lack of innovation, naturally leads established companies to disappear. New companies, on the contrary, thrive in their wake … and accelerate the disappearance of the former. 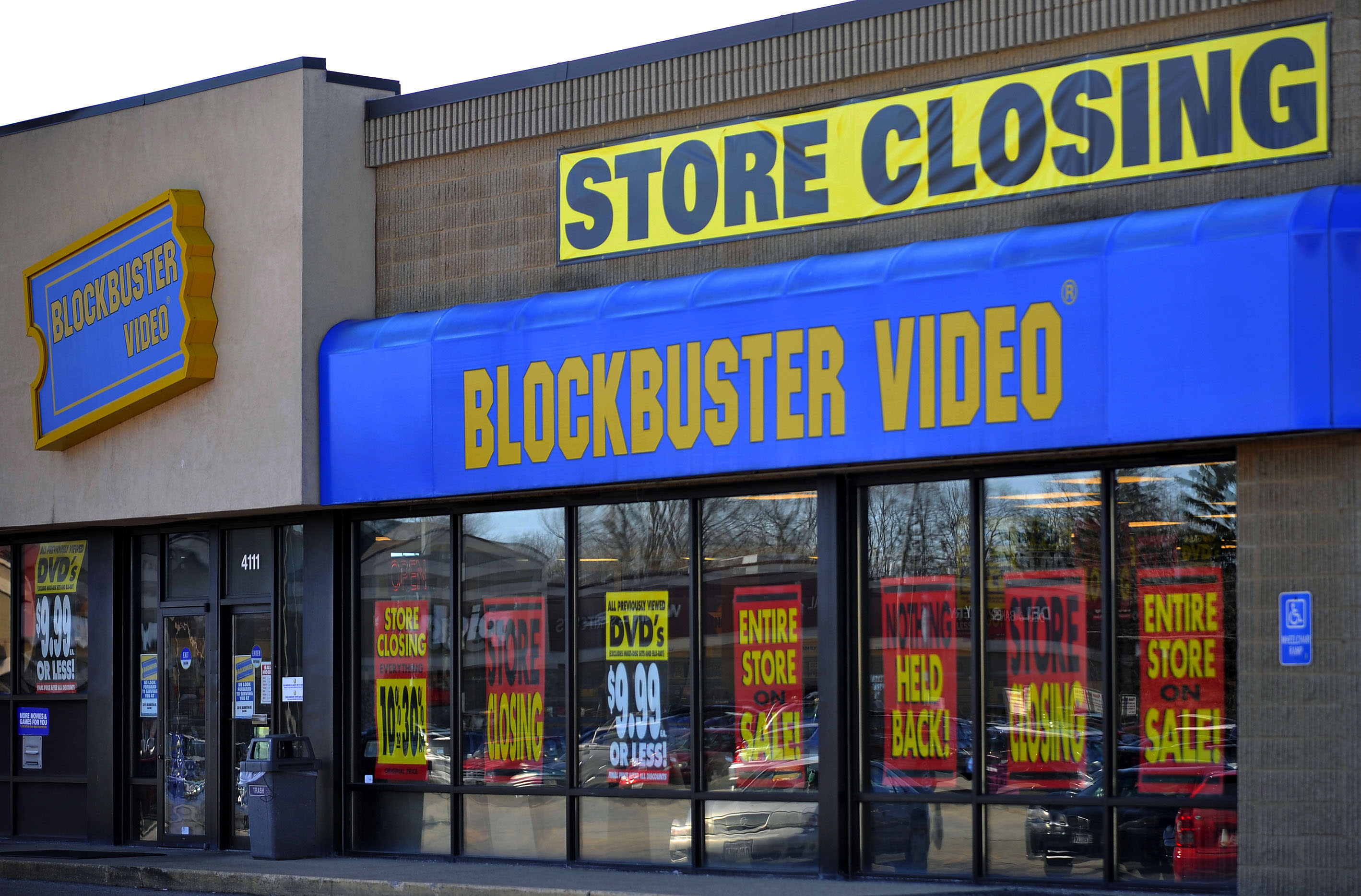 Blockbuster Video failed to renew its offers and maintained its leading position in the face of Netflix’s arrival.

Let’s take an example: Netflix. With its video-on-demand service, Netflix made all multimedia rental companies (cassettes and DVDs) obsolete in only a few years. Blockbuster Video, the world leader in the multimedia rental industry in 2004 (we talk about 60,000 employees and 9,000 video-clubs!), went bankrupt in only 6 years later. The irony of history? In 2000, Blockbuster refused the opportunity to buy Netflix…

The challenge of innovation is to survive and prosper – or to disappear. But even this is nothing new!

So why are we talking more about innovation today than 50 years ago?

#2 An era of intensive innovation

Simply because the pace of innovation has intensified, in two ways:

The intersection of these two trends has the consequence of increasing the risks of “disruption” (or opportunities for disruption, depending on the point of view). Innovation specialists call this an era of intensive innovation.

In this new era of capitalism, the continuous improvement of current products or services, so-called incremental innovation, no longer guarantees the survival of companies. It is, and will remain, an indispensable activity, but it will never be able to protect itself or to anticipate ever more frequent and violent “disruptions”, in whatever sector.

We get ready, and be quick because it is urgent! This era of intensive innovation creates new opportunities every day with considerable potential gains. And start-ups are not the only ones who can seize them; big groups too.

Yes but how? Given the importance of the subject, many entrepreneurs and researchers in innovation management have tackled this very question and the questions that arise from it: how to choose the right opportunities? How to convert them to success? Can my company do that? Are there methods? etc.

There is no shortage of methodologies: C-K Method, Design Thinking, Lean Start-Up, Blue Ocean Strategy, etc. Use them to pilot your projects and build your innovation strategies now!

Every signal suggests that we are going through an extinction phase. And this is not an…

When we speak about the most innovative companies, Apple is often named as a top one.…